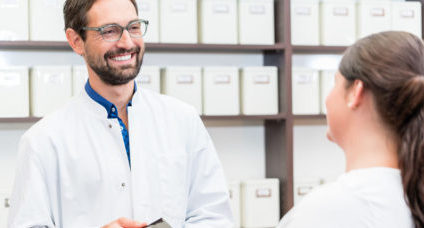 Plaintiffs Lisa Overton, Merribeth Bazzell and Karen Fuller (hereinafter, “Plaintiffs”) brought a putative class action on behalf of themselves and other similarly situated current and former employees of sanofi-aventis US LLC (“sanofi”). Plaintiffs have alleged that sanofi breached certain obligations to class members by unilaterally reducing incentive compensation payouts associated with sales of Zaltrap® during the second half of 2012. Plaintiffs allege that such reductions were improper and contrary to representations made by sanofi. Based on these allegations, Plaintiffs asserted claims for breach of contract, breach of the implied covenant of good faith and fair dealing, unjust enrichment and violation of the New Jersey Wage Payment and Collection Law. Defendants have denied – and continue to deny – these allegations as a matter of both fact and law. Nonetheless, for the reasons outlined below and to be set forth in further detail, as necessary, at the Fairness Hearing, the parties have entered into a comprehensive settlement agreement, which fairly and adequately resolves the matters in issue.

The proposed settlement was reached after almost two years after this action was filed, during which time the parties engaged in extensive motion practice and the exchange of discovery, including documents and data. The parties also engaged in several rounds of settlement discussions, including a formal mediation with the Honorable Diane M. Welsh, U.S.M.J. (ret.) of JAMS. This process provided the parties with the information needed to craft an appropriate, fair and adequate resolution of this case. The Court is fully familiar with this process, which was at all times conducted under close judicial supervision and guidance.

The proposed settlement provides that sanofi shall pay or cause to be paid a gross total sum not to exceed Two Million Four Hundred Thousand Dollars ($2,400,000.00) (the “Settlement Amount”), which amount shall cover all Settlement Costs and all amounts to be paid to Settlement Class Members. Defendant will not be required, under any circumstance, to pay more than the gross total Settlement Amount of Two Million Four Hundred Thousand Dollars ($2,400,000.00), with the express exception that if settlement administration costs exceed $10,000.00, Defendants will be solely responsible for payment of the excess costs. Plaintiffs’ attorney fees and costs, service awards to the Plaintiffs and up to $10,000 in administration costs will be deducted from the Settlement Amount, resulting in a Net Settlement Fund that will be distributed to the Class.

If the Court grants preliminary approval of the Settlement, all Class Members will receive notification of the Settlement in the mail and given instructions about how to submit a claim and other options.

Mr. Mendelsohn is a partner in one of the most highly regarded trial law firms in New Jersey. Unlike most plaintiff firms, our practice is not limited to a particular niche or subset of civil litigation, and this versatility sharply increases our capabilities. Perhaps most important, we have earned a reputation as trial lawyers who will take complex, expensive cases to trial and achieve large verdicts.

CONNECT WITH US ON…

This web site constitutes an Advertisement. Before making your choice of attorney, you should give this matter careful thought. The selection of an attorney is an important decision. If you believe this web site is inaccurate or misleading, you may report same to the Committee on Attorney Advertising, Hughes Justice Complex, CN 037, Trenton, New Jersey 08625. For the comparison standards employed by the various lawyer rating companies, please visit superlawyers.com, corporatelivewire.com, thenationaltriallawyers.org, njlawjournal.com, and avvo.com. No aspect of this advertisement has been approved by the Supreme Court of New Jersey.